With more than 30 years’ experience, Judy Pal has served in management positions for police, private sector and the professional sports and entertainment industry in both Canada and the U.S.

"One of the individuals who was instrumental in training my Command Staff was Ms Judy Pal. I can say with all sincerity and candor, Ms . Pal is one of the best at what she does. Each and every time I had a critical or sensitive situation I always asked for her insight and wisdom."

Prior to embarking on a full-time teaching and consulting career she served as an Assistant Commissioner with the NYPD, Director of Operations for FBI-LEEDA, Chief of Staff with the Baltimore and Milwaukee Police Departments, and was a member of the command staff of the Atlanta, Savannah, and Halifax (Canada) police departments.

She is proud to have conducted image and media training for more than 200 commanders with the NYPD and thousands of law enforcement professionals during her more than two decades of work in law enforcement. She is also a regular contributing trainer at FBI Regional Command Colleges across the country.

She has consulted for international police agencies in Canada, Chile and Trinidad and has taught and spoken at events across North America, as well as Australia, Uruguay and Manilla.

Pal is a past president of the National Information Officers Association, holds a Master’s Degree in Public Relations and earned her Certificate in Police Leadership from Dalhousie University in Canada.

She spent five years in television news, and is the proud owner of a Stanley Cup ring from the Edmonton Oilers and worked for the New York Rangers and Madison Square Garden. 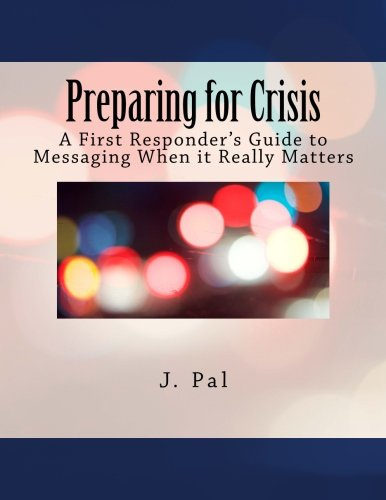 Preparing for Crisis: A First-Responder's Guide to Preparing a Crisis Communications Manual
by Judy Pal (author)
This simple guide will help you prepare a crisis communications manual for your agency. It includes numerous tips and strategies for public safety and templates for crisis identification and prioritization along with foundational messaging templates to help you get started.
Ships from and sold by Amazon.com

Contact us for more information on how 10-8 can be "in service" for you.