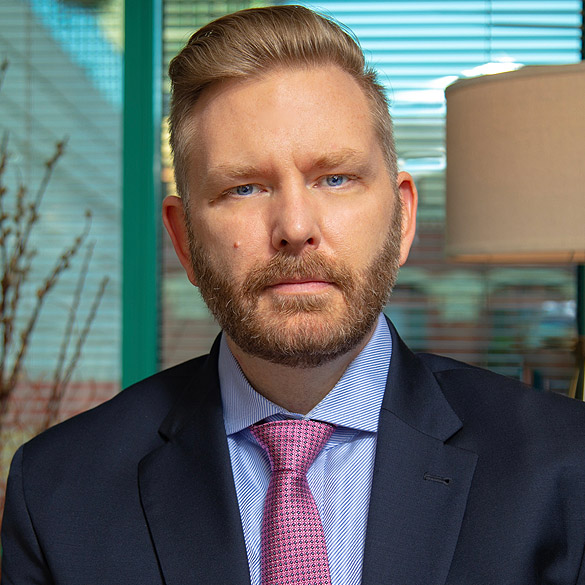 J. Eric Kowalczyk served as the Chief Spokesman for the Baltimore Police Department, responsible for the planning and execution of all internal and external communication strategies. In addition, he helped to develop and implement new community engagement programs to build legitimacy in the community.

"Thank you so much for coming to our city and presenting your program ... this is an absolute 'must-attend' for all mid-level and above. This would also be a great class for the boots on the ground officers and medics."

Kowalczyk was the face of the Baltimore Police Department during the “Freddie Grey Riots.” He was responsible for developing and executing the crisis communication strategy during the most violent and destructive riots in the last 40-years of Baltimore’s history.

Handling local, national, and international media, Kowalczyk focused on transparency and accountability to connect with an already distrustful public. He focused on working to define the role of the police department without further escalating tensions.

Drawing from lessons learned during the Ferguson riots, Kowalczyk implemented and carried out a plan that was widely praised by media across the county as being responsive and understanding of community concerns.

He is a 2016 BeaconStreet Tedx speaker, an instructor with FBI-LEEDA and has earned a reputation as one of the best police media trainers in the country.

The Politics of Crisis: An Insider's Prescription to Prevent Public Policy Disasters
by Eric Kowalczyk (author)
Across the country, minority communities feel under attack by police officers. The Politics of Crisis explores how to change public policy decisions to reform the role of law enforcement and is a powerful examination of how everything can go wrong when police no longer serve their communities.

Get Your Copy Today

Contact us for more information on how 10-8 can be "in service" for you.